The Human Genome Project was an international project seeking to determine the sequence of all of the approximately three billion nucleotide base pairs making up human DNA. It was announced in 1990, almost thirty years ago. The project, launched with 3B USD in funding, obtained a wide range of insights into the human genome and also led to the creation of a range of intellectual property (IP) in the form of new technologies, producing major benefits and profits for the United States. What made the United States so successful in achieving the Human Genome Project? For this installment, we sat down to interview Koichiro Tsujimaru (patent attorney, president of the Tsujimaru International Patent Office, and a LINK-J supporter) and Yasuhiro Murakawa (basic researcher at the RIKEN Center for Integrative Medical Sciences). We spoke about approaches to basic research from the point of view of insights gained from the Human Genome Project.

Tsujimaru:  The Human Genome Project was a vast project that attempted to identify the entire sequence of three billion nucleotide base pairs in the human genome. At the time, the United States was focused on growth around the IT and bio industry sectors, and the Human Genome Project played a pivotal role in this growth. I believe Dr. James Watson, the discoverer of the DNA double helix, spurred the project into being. In addition to the United States, Japan, the UK, France, Germany, and China took part.

-- What were initial reactions to the project, and your own personal feelings about it?

Tsujimaru: At the time, there was both surprise at this endeavor, as well as skepticism -- some biologists wondered what value there would be in simply going down the list and reading off the entire sequence of A/T/G/C (adenine/thymine/guanine/cytosine). However, those skeptical reactions gradually faded as the project progressed.

Murakawa:  I was still in high school when the Human Genome Project was underway. I had a strong interest in insects when I was young, as well as in biology itself. I read a summary of the project in the newspaper and, in my own way as a high schooler, was excited about this shift to research into humans. I studied medicine at university, and first experienced what it was like to be a lab researcher in my sophomore year. It was the same year that the completion of the Human Genome Project was announced.

Tsujimaru:  At the time, I was a researcher in the basic research division of a private company. When I first heard about the Human Genome Project, I strongly wanted to take part. Yet given the cutting-edge nature of the project and its national scope, there was no way someone like me, a researcher at a private sector company, could easily join. I began thinking about how I might contribute not as a researcher, but from the vector of intellectual property. This is what first led me to my new career as a patent attorney and specialist in intellectual property. 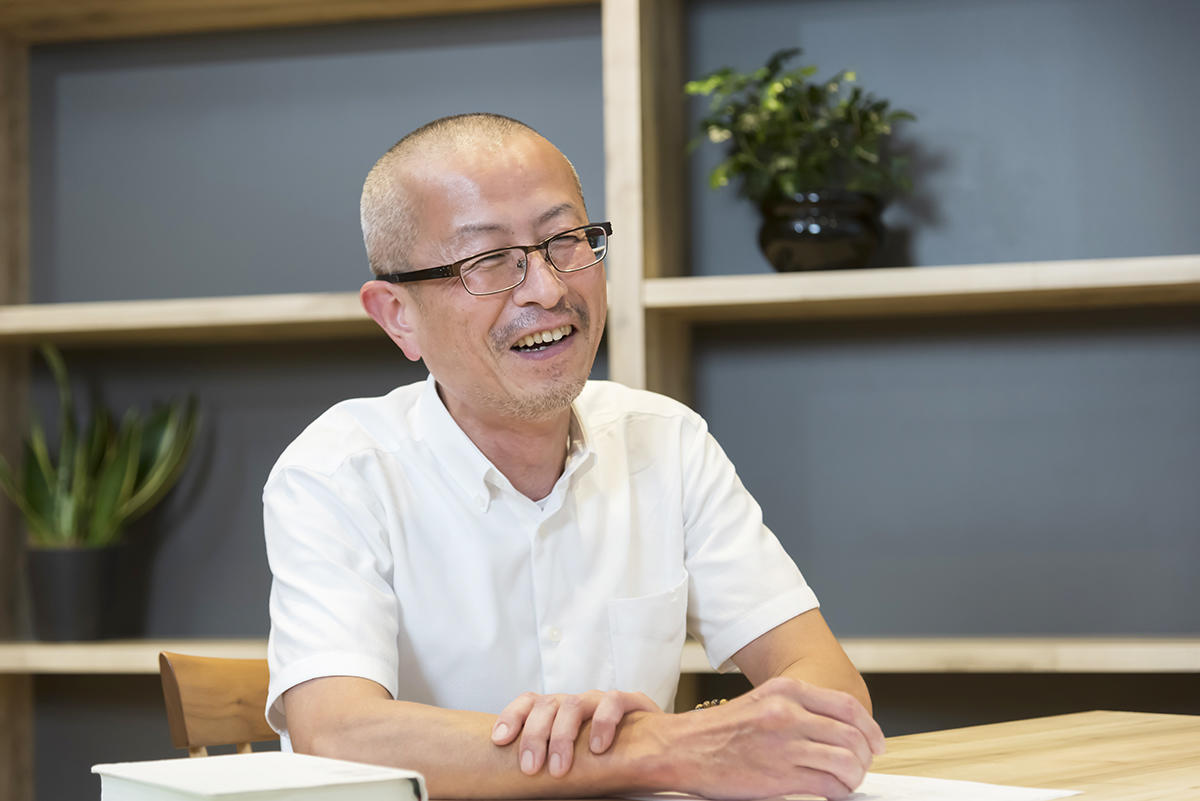 Identifying the genes responsible for encoding proteins; How Japan made major contributions to genomic analysis

Murakawa:  It's true that, if we look at the raw numbers, Japan's contributions to analyzing the genome sequence were a mere 6% of the total. Compared to the United States, which was responsible for close to 60%, this is paltry. However, Japan contributed in major ways in terms of developing complementary techniques for genomic analysis. In other words, while the Human Genome Project sought to map three billion nucleotide base pairs, the genetic regions which play an important role in encoding proteins, even though they represent about 1% of the total human genome, remained unidentified. Yoshihide Hayashizaki and his team at RIKEN, who had been working on the development of a full-length cDNA library, made a great contribution in identifying these genomic regions.

Tsujimaru:  In other words, Japanese research made the results demonstrated by the Human Genome Project more meaningful. Yet it is unfortunate that this contribution remains largely unrecognized in Japan.

Murakawa: That's right. In contrast, what really impressed me was the United States' capabilities at applying advanced information processing technologies to develop new analysis algorithms to decode the vast sequence of base pairs. This led to the development of genome sequence assembly, used to link the vast fragments of base pairs. This essentially paved the way for bioinformatics.

Tsujimaru:  The United States also yielded major returns from the genome patents brought about by the Human Genome Project. Following deliberation between the US, Japan, and Europe, it was agreed that fragments of base pair sequences are not patentable, but tools and technologies are granted patent protection. For example, the PCR (polymerase chain reaction) method is an essential technology used to amplify DNA, and this enabled the US to gain considerable income from the patents to it. In this way, the Human Genome Project also represented a major success in terms of IP strategy. However, a Supreme Court ruling in the US some time ago was notable for the way it took a different approach to the interpretation of genetic patents.

Business opportunities for basic research; The key is people to forge a path forward

-- What do you think enabled the United States to succeed with IP strategy relating to the Human Genome Project, while Japan did not?

Tsujimaru:   Put simply, the US led rule-making, while Japan was a follower of the rules. IP strategy in the US used to be "anti-patent," where the scope of IP was limited in order to foster competition. However, in the 1980s, following US-Japan trade frictions, the US recognized the need to safeguard its advanced technology, so it shifted to a "pro-patent" approach, actively protecting IP. It proposed a new treaty at international conferences to change the international rules of IP.

Murakawa:  The US is proactive in that sense -- if necessary, they change the rules. This is quite critical, I feel.

-- Having an advantageous position in rule-making is key, but you also need the right technology to make this a success. What enabled the US to take the advantage when developing technology, and what issues does Japan still face in that regard?

Tsujimaru:  Since the enactment of the Bayh-Dole Act (a law allowing the exercise of patent rights by universities and researchers, even where the research was funded by public finances), the US has actively pursued basic research through industry-government-academia partnerships, with the military also involved in these initiatives at times. Furthermore, the US has tended to adopt the stance that basic research is a source of business opportunities. One signature figure is Craig Venter, who made a considerable impact on the Human Genome Project. He felt that the field of basic research is a "Blue Ocean." He is still very active in raising funding for research into synthetic organisms.

Murakawa:  What stands out to me about Japan in recent years is public research funding tends to focus on applied research with near-term practical use. Strictly speaking, we need a funding structure in which basic research is supported primarily by public spending, while applied research is financed by private sector. 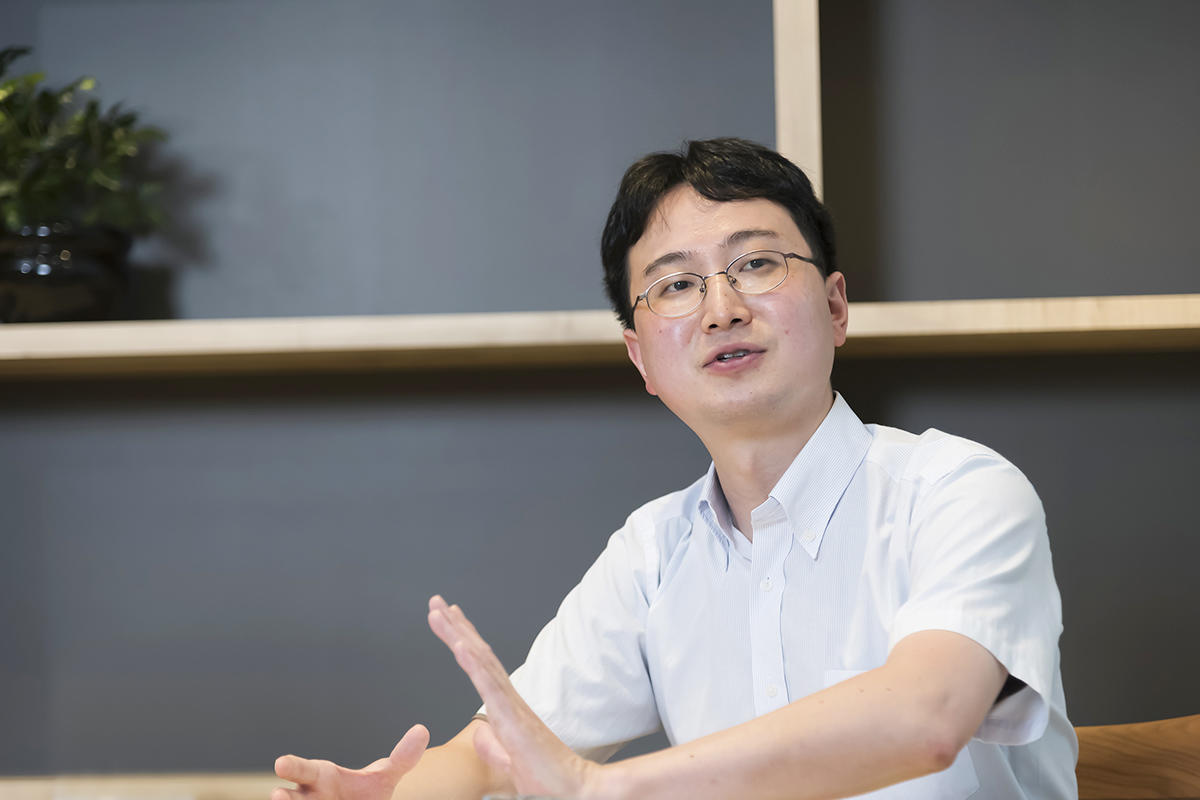 Tsujimaru:  I would add that we need a system where if publicly-funded research fails, researchers are not penalized solely for that. Insofar as tax money is used, public research grants obviously need to be managed with care, but it's a mistaken assumption to think that because it's public money, a project simply cannot fail -- that's untenable. If we look at projects that have succeeded in the past, prominent researchers have the good fortune of working with understanding senior colleagues, and the latter have protected the researchers from external criticism while allowing them to engage in cutting-edge work. That's exactly the kind of system we need.

-- So what we need are researchers with a vision for the future, as well as people who can coordinate them in order to drive innovation and explore cutting-edge fields.

Tsujimaru: In that sense, Dr. James Watson's contributions to the Human Genome Project are truly monumental. He was able to organize a project that vast in scale, convince the White House, and secure a huge budget at Congress. He was a researcher, but also had considerable ability as a skilled project manager.

If launching a startup, pursue "Zero to One" with a unique and irreplaceable technology

-- Japan is currently pursuing new innovation through industry-academia collaboration. What do you consider to be current and future issues in this domain?

Tsujimaru: The keys to innovation in the life sciences have come from academia. Unlike the IT sector, these developments do not come from individuals working out of offices in their garage. But bringing these insights and research results out of academia and into the business sector becomes critical. Through repeated trial and error for forty to fifty years, the US has arrived at its current approach. Japan had a late start, so we may need more novel thinking to tackle this issue.

Murakawa:  Interaction and partnerships between basic researchers in academia and entrepreneurs are vital. However, there is a vast gulf between these two groups. We need a system that would allow for building wider, trans-sectoral networks.

Tsujimaru: In terms of business, the goal is developing novel technologies from"Zero to One." Simply refining existing technologies is not very sustainable for the growth of a business. To put it differently, just as DNA amplification technologies led to vast profits for the US, when there is a unique and irreplaceable technology, you have no choice but to use it, no matter how costly the patent rights.

Murakawa: When it comes to basic research, we still do not fundamentally understand human life in terms of aging, illness, and mortality. There are approximately 20,000 human genes known to date, yet more continue to be discovered. Among the vast base pair sequence elucidated through the Human Genome Project, there still remains a large amount of unknown and undecoded information. What are the limits on human mortality? Will a day come when mankind is free of illness? The world continues searching for unique discoveries, elucidating as-yet unknown genomic information. 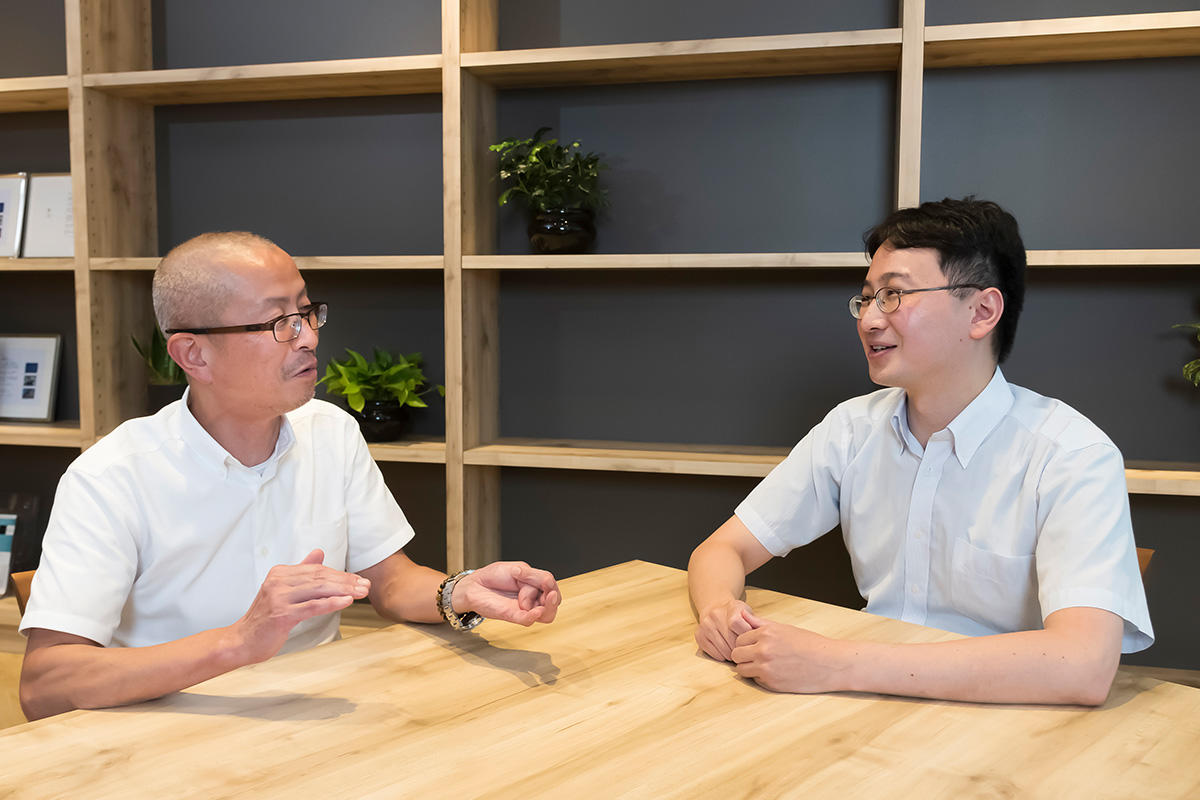 Koichiro Tsujimaru  Tsujimaru International Patent Office and LINK-J supporter
Ph.D. in engineering. Graduate of the Hiroshima University School of Applied Biological Science. After graduation, worked at Taiyo Nippon Sanso Corporation as a basic researcher. Upon learning of the Human Genome Project, decided to become a patent attorney specializing in intellectual property, and joined a patent office to gain experience. Obtained certifications as a patent attorney in 1999 and opened the Tsujimaru International Patent Office in 2005. Handles all manner of science-related cases, with a specialization in medicine, pharmaceuticals, biosciences, AI, IoT, and other advanced fields.

Yasuhiro Murakawa  RIKEN Center for Integrative Medical Sciences
MD and Ph.D. in medicine. Graduate of the Kyoto University Graduate School of Medicine. Has been interested in biotechnology since his student days. Recipient of the Kyoto University president's prize. After graduation, worked at the Department of Hematology/Oncology, Graduate School of Medicine, Kyoto University. In 2010, studied abroad at the Max Delbrück Center for Molecular Medicine at the Freie Universität Berlin. Since 2016, has led a lab at RIKEN. Currently acts as team leader at the RIKEN Center for Integrative Medical Sciences and group leader at the IFOM Institute of Molecular Oncology in Milan, specializing in genomic medicine.