With the theme of organs-on-chip, a recent hot topic, the event featured lectures from Dr. Matsunaga, CEO of Biospire Japan, and Dr. Kostrzewski, CN Bio Innovations Ltd., followed by a networking reception.

Toward global expansion starting from the U.K.
As a member of a start-up from Cambridge, the U.K., Dr. Matsunaga provided explanations on the relationship between universities and start-ups, the fact that entrepreneurs are professionals who specialize in management and that start-ups change their corporate portfolio at their own discretion. 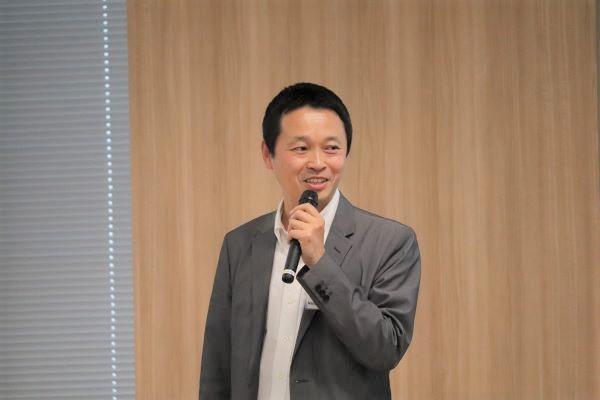 According to Dr. Matsunaga, entrepreneurs in Cambridge and Oxford are diverse and not necessarily from those places, while executives often make decisions from the top down.
He also expressed concern that Japanese start-ups tend to operate business domestically, despite having world-class technology and strong patent rights, stressing that early globalization can have a positive impact on all stakeholders.
In his view, however, it is easy for startups based in the U.K. to expand to the U.S. and Europe, because the U.K. is already positioned as a global hub and their marketing strategies, terms, language and the like are global standards, and the U.K. also has abundant human resources.
In addition, an acceleration program offered by Oxentia, a long-time consultant for Oxford University's Technology Transfer unit, is supposed to be launched and a pitch program will be held specializing in Japanese life sciences startups. He announced that they welcome Japanese companies which require globalization of business, international investment and networking.

Status of organs-on-chip
Dr. Kostrzewski delivered a lecture on organs-on-chip under the theme of "Microphysiological Systems for Human Focused Drug Discovery," from basic knowledge to specific use cases. 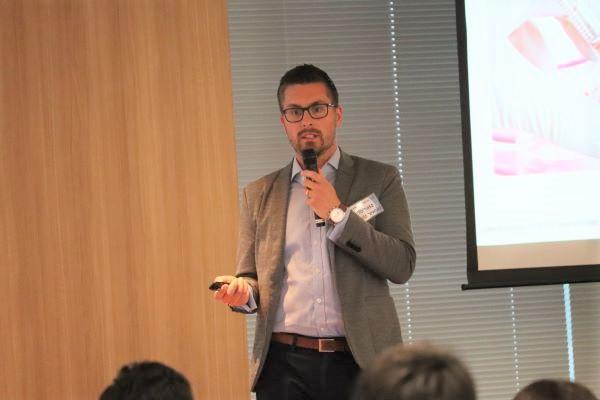 Showing the data, he illustrated that organs-on-chip-related business has grown dramatically in the past 10 years against the background of the recent upsurge in research on MPS and that physiological activities in animal models differ from those of humans.
He also said that the success rate for drug discovery could be dramatically improved by establishing and standardizing the method of reproducing a reaction in human organs, including multi-organ linkage, on a chip. He reported usage examples of organs-on-chip developed by CN Bio.
In terms of the liver model required for drug metabolism, the sinusoidal structure was faithfully reproduced by three-dimensionally arranging the several types of cells that make up the liver, as well as the environment in which a culture medium with high oxygen concentration can be provided was reproduced. In multi-organ linkage, the company has special technology and a patent that can individually reproduce the blood flow and pressure supplied to each organ. He reported that inter-organ cross-talk was also reproduced and the company is accumulating data on synergy between organs, which can be reproduced using only multi-organ models.
In addition, he explained that organs-on-chip can be used in many stages of drug discovery, such as the reproduction of disease models, including NASH/NAFLD, toxicity evaluation and ADME activity. Lastly, he provided an explanation regarding the technology under development specialized in pharmacology that appropriately reproduces the drug dose and reactivity. During the question and answer session, the participants actively asked questions, such as, "How are British academics involved in the business?" A networking reception was held after the question and answer session. Over 90 participants attended from a wide range of areas, including private companies and academics, which resulted in a very successful event.The actual organs-on-chip was exhibited at the venue and the participants were looking at it directly by hand with an interest.