LINK-J has once again participated in this world's largest business matching events in the field of life science-related biotechnology. The BIO International 2019 was held at the Pennsylvania Convention Center in the center of Philadelphia, Pennsylvania, U.S.

More than 17,000 visitors in biotechnology field gathered (a 24% increase from the last year), more than 8,400 corporations, more than 315 academic institutions, from 49 U.S. states and regions and 65 other countries and regions attended this great convention 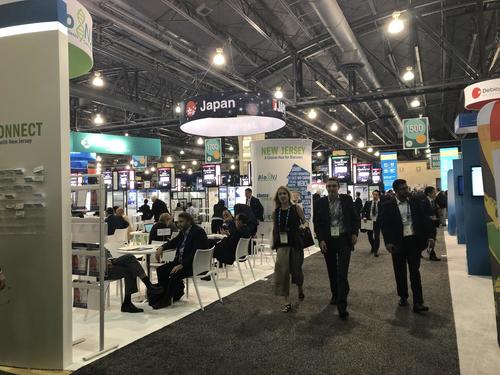 Various events were held at the international pavilions.

We joined the power breakfast at French pavilion's and had wonderful networking with attendees from overseas.

One of the BIO International Convention's big draw is its wide diversity of attendees. Therefore, we could have One-on-One Partnering for business matching among varieties of countries, regions, and corporations.

This year, 7,796 people from 4,102 corporations and institutions participated in more than 48,500 One-on-One Partnering meetings.

LINK-J participated in meetings with about 30 corporations and groups to expand the global network. The City of Philadelphia is a historic city, the place where the U.S. Declaration of Independence Ceremony was adopted and famous with the Independence Hall and the Liberty Bell. It is also an academic city with many universities, such as the University of Pennsylvania, Drexel, Temple, and Thomas Jefferson.

There is a region called 'University City' on the west of 'Center City', where many universities exist.

'Center City' is the central of Philadelphia where the Convention Center lies. Science Center is one of the oldest and largest research park, established 56 years ago in 1963 as a nonprofit organization to promote innovation through the commercialization of technologies, growth of business, and participation by public of Philadelphia.

LINK-J thanks to the kindness of Ms. Tracy Brala, the Vice President of Venture Café for showing us around this magnificent composite facility. 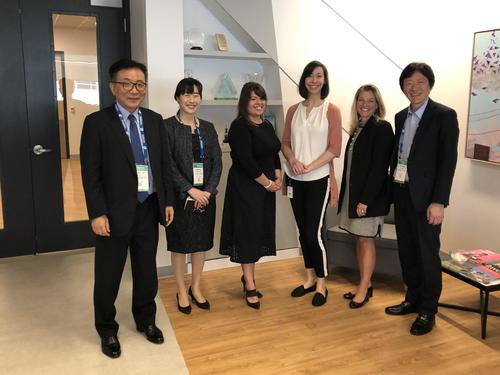 The venue the base of Cambridge Innovation Center (CIC) in Philadelphia, CIC is famous for 'entrepreneur's community'.

The common spaces are brightly decorated and there are ping-pong tables and games, allowing the visitors to enjoy their visit with their family. Further, the building is full of fine art. There are kitchens for use by the tenants, no need to go out for meals led them to concentrate in their research. The shared wet labs for startups are provided by Bio labs.

Moreover, those organizations offer facilities, equipment and mentors for the education of children as a part of community exchange. A unique initiative has been implemented by Venture Café, one of the world's largest networking groups, established by the CIC, through their events every Thursday.

In these events, lectures on different weekly themes are given with attendees able to come and go freely. The events also offer opportunities for exchange and networking among people at the same time with the drink service.

By establishing this community, Venture Café is aiming at catalyzing chemistry among people and building an ecosystem for innovation.

On the very last day of the convention, JETRO hosted 'Japan Night' in Venture Café Philadelphia. Japanese institutions, clusters, and corporations gave presentations at this event and people joined with Japanese Sake. 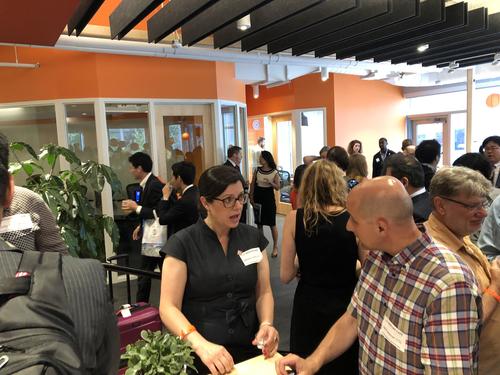 BIO International 2020 will be held in San Diego next June.