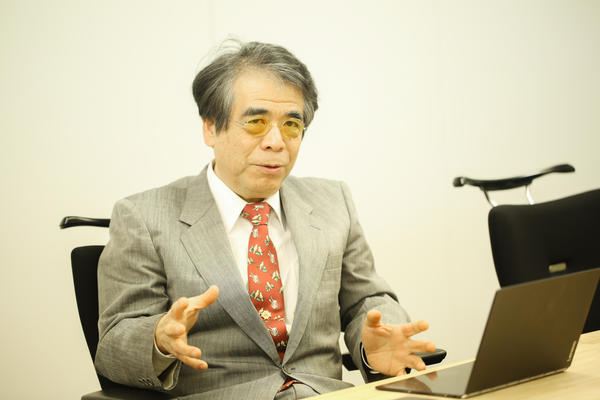 In the world of medicine, new therapies that focus on the immune system are attracting attention. These include CAR-T cell therapies and immune checkpoint inhibitors such as Opdivo.

Research into the diversity of T cells and B cells, which play a major role in the immune system, is regarded as a key to the development of such new and innovative therapies.

In this article, we interviewed Mr. Ryuji Suzuki, Director and CEO of Repertoire Genesis Co., Ltd., which provides services based on its immune diversity analysis technologies. We asked Mr. Suzuki about his long experiences of immunology research, reasons for establishing his company, and his plans for the future.

40 years in immunology--why "specificity is key"

――What was your background before founding Repertoire Genesis?

I have been involved in immunology research for about 40 years. Immunology is a comprehensive field of study where one should study difficult-to-understand phenomena such as immune system complexity and immune-related diseases from a comprehensive, holistic perspective.

For a long time, we didn't understand how the human body could produce antibodies for many different kinds of pathogens (antigens). Research by Dr. Susumu Tonegawa, who won the Nobel Prize in Physiology or Medicine in 1987, revealed that antibody diversity came from the genetic rearrangement of immunoglobulins.

In Japan, research activities mostly focused on the innate immune system. Research into NK cells, macrophages, cytokines, etc. was the mainstream. Globally, it was a time where more and more people were searching for cancer antigens with the belief that a cancer-specific antigen would allow lymphocytes to react to cancer cells like they do to bacteria. At the time, I was doing cancer immunotherapy research at Shionogi, a Japanese pharmaceutical company. I poured my efforts into IL-2 research with the goal of curing cancer with drugs, but we did not produce any good results.

However, my personal creed was based on the words of my professor Katsuo Kumagai, Professor Emeritus at the Tohoku University School of Medicine. He said, "Specificity is a key to immunology research." So, I thought it was essential to study the specificity of T cells and B cells.

When I studied at the MD Anderson Cancer Center in the United States, I individually sequenced T cell receptors (receptors that recognize antigens on T cells, hereinafter "TCR") and B cell receptors (hereinafter "BCR") with the hope of developing a comprehensive understanding of their repertoires. However, I felt that there was no comprehensive analysis methodology and that I couldn't go forward. After returning to Japan, I spent 3-4 years establishing a technology that could amplify the gene sequences of TCR and BCR in a comprehensive and unbiased manner.

Next-generation sequencers and the founding of a company

――So, you were involved in comprehensive analysis even before the technologies were mature.

The turning point was the development of next-generation sequencers (hereinafter "NGS"). To examine the diversity of T cells and B cells, you need more than just unbiased amplification methods. You also need to think about mass processing. With the advancement of NGS, we created an unbiased, comprehensive method to conduct bulk quantitative repertoire analyses. We also succeeded in developing software to analyze the large amount of data produced by NGS. I am proud of these tools that now help us get to the heart of understanding immune function.

With these three developments, I began to think about a path to commercialization. I spent around a year and a half visiting venture capital firms, but it was hard to communicate the contents of our research to them. Then, a person in charge of UTEC (The University of Tokyo Edge Capital) expressed interest in our research. They were willing to provide investment funds as well as support for business planning and intellectual property issues. That support finally allowed us to succeed in establishing the company.

――You launched the company in 2014. What were things like at the beginning ?

For a while after the company was founded, we only provided contract analytic services. Few people were aware of repertoire analysis, and I felt many researchers did not understood what the technique was capable of. During that time, we not only analyzed data and produced reports but also focused on research consultations by providing professors with support for their research and publications. Those efforts helped grow company awareness and recognition. Now, repertoire analysis is recognized by the government in its national strategy as a next generation drug discovery technology that should be urgently supported. 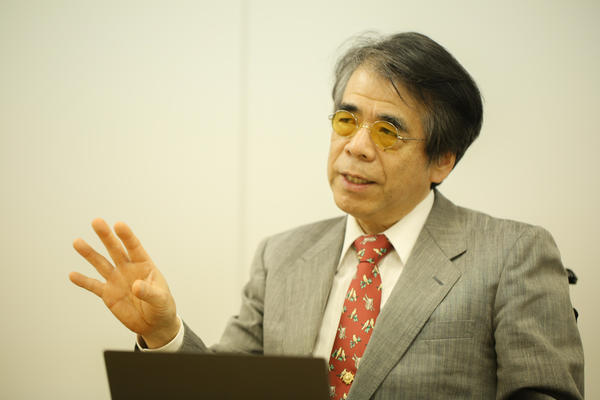 At the time, cancer vaccines were a hot topic in the media. The idea was to, as before, search for common cancer antigens by observing quantitative differences in their expression between normal cells and cancer cells. However, I felt that each patient produced different antigens and that there would be no improvements without a focus on specificity.

In 2015, we launched a service to analyze "neoantigens", which are cancer antigens specific to each patient.

As cells become cancerous, many genetic mutations occur. These cancerous cells contain proteins and neoantigens not found in ordinary cells. Our service reveals, from among many neoantigens, the mutant peptides (neo-epitopes) that specifically induce an immune response.

The "neo-epitope analysis" that reveals specific antigens and the "immunological diversity analysis" that reads TCR and BCR sequences in a comprehensive manner are the two pillars of our current business.

――In other words, you've developed analytical techniques from both the antibody and the antigen side.

That's right. Few researchers have neo-epitope analysis techniques, so we receive many inquiries. Our repertoire analysis customers are mainly in academia, and we are actively engaged in joint research to develop new intellectual property. Orders from pharmaceutical companies are also growing, and there are some cases of using of our methods in clinical trials and even of initiating major partnerships for the purposes of developing biomarkers, etc.

――Immune checkpoint inhibitors like Opdivo and CAR-T therapies are getting a lot of attention. Was there a tailwind for your business?

Around 2015, we were told we would not be able to make a business out of our research. But now the situation has changed drastically. Opdivo is a breakthrough treatment, but it isn't effective for all cancer patients. So right now, there is a trend to improve on it.

There are two main genetically modified T cell therapies: CAR-T (chimeric antigen receptor T cell) and TCR-T (TCR-gene-transduced T cell). Of the two, CAR-T therapies are attracting attention. For this treatment, you need to remove the endogenous T cell receptor (TCR) and then return the T cell expressing the target TCR to the body. I think that there are many challenges ahead, including the method of returning the TCR-T to the body, viral vector safety, and so on.

Currently, we are in active development of technologies to address these issues in immunotherapy. When performing cell therapy, you need to accurately introduce the target TCR gene into the patient's body, and it is important to investigate how other genes are affected. Going forward, I want to continue to show the importance of our company's technologies in the field.

――LINK-J helps startup businesses to grow. Tell us about your impressions and expectations when you came to Nihonbashi.

We set up our office in Nihonbashi after following a recommendation from Mr. Maruyama (Executive Officer, General Manager, Repertoire Genesis Co., Ltd.). Our staff considers many things, including work environment, financing, and risk. A researcher like myself can be the president of a company only because of such talented staff. There is a rich network of connections in Nihonbashi and many of the companies here have an affinity with our technologies. Going forward, I want to continue to cherish these connections

――Tell us about your future aspirations.

As a theme of our collaboration with overseas research institutions, we are also attempting to apply machine learning analysis to a combination of patients' information and tens of millions of clones of TCR and BCR sequence data. There are many kinds of diseases, but, no matter the disease, the immune system is always at work. I think that, even if you don't know the cause of the disease, you may be able to predict related antigens from lymphocyte analysis. I want to go as far as predicting disease targets.

Our company's mission is "curing the incurable." By understanding the immune system and releasing its potential, we hope to bring better treatments to patients suffering from a variety of diseases. In the field of cancer treatment, available therapies are becoming broader. We are moving from an era of surgery, radiation therapy, and anticancer drug therapy to a new era of immunotherapy and cell therapy. At Repertoire Genesis, we want to contribute to this age of precision medicine by developing new intellectual property and technologies for new cutting-edge therapies.

Doctors in clinical settings are the ones who treat patients, but we want to do our part in curing patients.

Suzuki graduated from Nihon University's College of Agriculture and Veterinary Medicine and obtained his Doctorate of Medicine from Tohoku University's School of Medicine. After conducting cancer treatment research with the pharmaceutical company Shionogi, he studied abroad at the University of Texas MD Anderson Cancer Center. He participated in a T cell receptor analysis project as visiting associate professor. After serving as principal researcher at Takeda Pharmaceutical and chief researcher at the National Cancer Center Research Institute, he went on to lead the Clinical Immunology Laboratory at Sagamihara National Hospital. After completing his repertoire analysis software, Suzuki established Repertoire Genesis Inc.