Yakuso Shrine is a Symbol of the Town of Medicine

Lined with numerous medicine wholesalers, Nihonbashi Honcho was known as the town of medicine and prospered in Edo as the center of medicine transactions. Of course, the historic town has a shrine to the gods of medicine. The shrine is quietly located at the far end of Fukutoku Garden, a beautifully maintained cultivated space surrounded by high-rise buildings featuring modern and Japanese design aesthetics, typical of this town filled with tradition and energy. The Yakuso Shrine is known for its health and healing benefits, and serves as a symbol of Nihonbashi Honcho. The staff members of the nearby pharmaceutical companies worship there.

The shrine's name, yakuso, means the ancestors of medicine. In Japan, the ancestors of healthcare and medicine refer to Onamujinomikoto and Sukunahikonanomikoto, the gods featured in historic documents such as Nihon Shoki and Kojiki.

Gods and Ancestors of Medicine

Onamujinomikoto, a god, is said to be a descendant of Susanoo no Mikoto, famed for having beaten Yamata no Orochi. He is also known as Okuninushinomikoto or, more familiarly, Daikokusama. Many people know the story about the white rabbit in Inaba, in which Okuninushinomikoto passes a rabbit that was crying after an alligator peeled off its fur and he advises the rabbit to use cattails to treat the wounds.

Sukunahikonanomikoto is very small, wears clothes made from moth skin and is said to have lived on a boat made from a bean pod. He is known to excel at many things, such as casting spells, medicine and sake brewing.

According to Japanese mythology, the two gods met in Izumo, exchanged an oath of brotherhood and cooperatively built Japan into the country it is today. They also spread methods for appraising herbs and treating diseases and injuries. For this reason, the two gods are worshipped as the ancestors of medicine.

Large Festival Dating Back to the Meiji Period 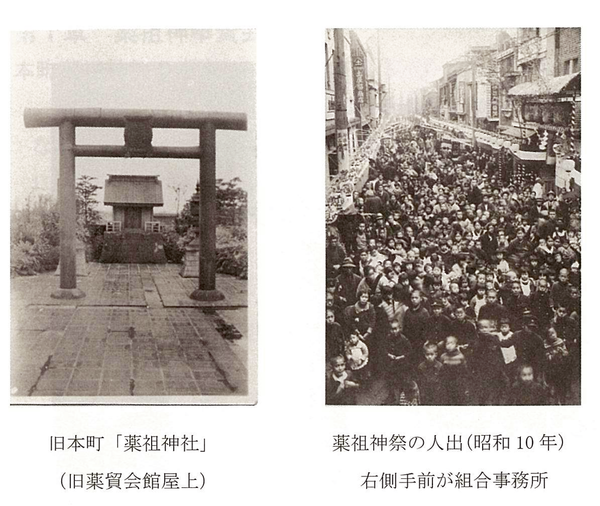 The large festival began to take place biennially and became increasingly popular following the construction of the shrine. According to records from 1935, the festival drew 7,000 people and quickly sold out of 6,000 ornaments for luck.

In 1983, the second shrine was constructed on the roof of the Showa Yakubo Building. On September 28, 2016, the shrine was relocated to its current location. This is the third shrine. 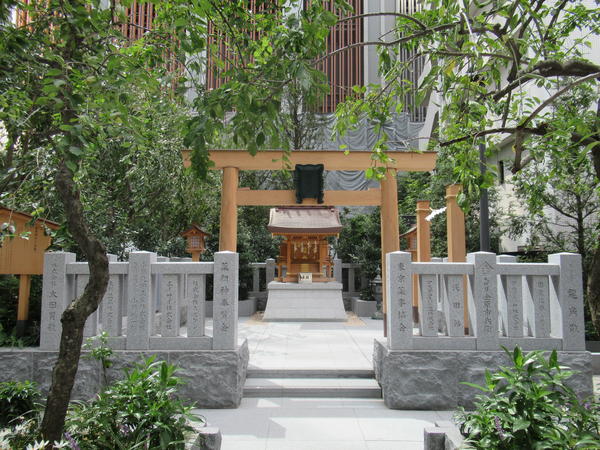 The Yakusojin festival is held annually on October 17. If the date falls on a Saturday or Sunday, the festival date is changed.

From 1978, the one-week period starting on October 17 has been designated as the week of medicine and health and awareness-raising activities have been run in cooperation with the Ministry of Health, Labour and Welfare, prefectural governments and the Japan Pharmaceutical Association with the aim to communicate the importance of ensuring the correct usage of medicine as well as the role of a pharmacist. The shrine is open to the public in the afternoon of the Yakusojin festival. Come visit!