Venture capital (VC) firms investing in life science companies are gathering one after another in Nihonbashi district in Tokyo, creating a life science ecosystem where startups and VC firms converge.
In response, LINK-J has launched the "Let's Talk with VCs" series, inviting key figures from VC firms to discuss the latest trends and thoughts on a specific theme for each session.
In this second installment, Dr. Dima Kuzmin, Managing Partner of 4BIO Capital, a leading British VC firm, will speak in Nihonbashi on the topic of "Global VC’s Perspective on Japan - Reasons why invest in Japanese Start-Ups". Dr. Rick Tsai (CEO) and Dr. Masashi Suganuma (Chairman Founder & CSO) from LUCA Science, which is a 4BIO Capital portfolio company, will also appear online to talk about their business and how to deal with overseas VC. We will also hear from Mr. Shuntaro Kodama, Managing Director of DCI Partners, who has a wealth of experience investing in overseas companies and is a co-lead investor into LUCA Science’s last investment round.
This is an opportunity to hear directly from both sides of the investment process and to interact with each other. Please join us at the venue or watch online!

Language:English
*English captions are available (you can choose to turn them on or off).
*Please note that LINK-J is not responsible for any errors or omissions in the captions.

How to use captions: Managing and viewing closed captioning

Dr. Kuzmin is a Co-Founder and Managing Partner at 4BIO Capital, an international VC focused solely on advanced therapies. He serves on the boards of Redpin Therapeutics, Araris Biotech, Hornet Therapeutics, Ray Therapeutics, and Code Biotherapeutics.
Throughout his academic career, he focused on tool development for CNS gene therapy. During his doctorate, he contributed to co-founding the field of chemogenetics. His work has been published in leading journals and is a part of several gene therapies advancing towards clinical trials. At UCL, he also contributed to using optogenetics and chemogenetics to understand how information gets processed in the brain, the role of oscillations in the transmission and encoding of information, and the construction of novel brain-computer interfaces, with a goal to find curative therapies for chronic diseases.
He holds an MSc in Biochemistry and Medical Biochemistry from Lomonosov Moscow State University, a Ph.D. in Neurochemistry from the Russian Academy of Sciences and MPIH Frankfurt, and an MSc in Experimental Therapeutics from the University of Oxford (with Distinction). He completed post-doctoral studies at the University College London Institute of Neurology. He is a Kauffman Fellow, a Fellow of the Royal Society of Biology and a Fellow of the Royal Society of Medicine.
He joined the Yale Faculty in 2021 as an Assistant Professor (Adjunct) in the School of Medicine. 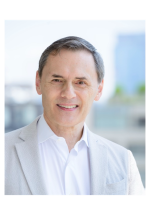 He started his career in the pharmaceutical industry in 1984 at Roussel Uclaf/HMR, where he occupied positions related to the Asia Pacific Region including in Japan and Korea from 1989 to 1994. He joined Sanofi in 1996 and held regional roles before serving in Japan as President & Representative Director of Sanofi-Synthelabo K.K./Sanofi-Aventis K.K. from 2001 until 2008, then he became Senior Vice President, Corporate BD Head of Sanofi-Aventis Group. He joined GlaxoSmithKline K.K. as President & Representative Director in 2010, becoming Chairman in 2017. He stepped down from GSK in February 2019.
Since then, he is a Venture Partner of 4BIOCapital and sits on the boards of Biotechs in Japan and in the US, including LUCA SCience. He also provides advice to life science companies.
He serves as Senior Advisor to EFPIA, and is also French Foreign Trade Honorary Advisor.
He is member of the UK-Japan 21st Century Group.
He has been Adjunct Professor at Tokyo University, Graduate School of Medicine, Global Health Policy Department.
He graduated from Hautes Études Commerciales in France in 1979 and obtained a Bachelor of Law from Paris University in 1980
He was awarded Honorary Officer of the Most Excellent Order of the British Empire (O.B.E.) in 2014.

Dr. Rick C. Tsai joined LUCA Science as Chief Executive Officer on July 1st 2020. Before joining LUCA Science, he served as Executive Officer and head of Medical Affairs department for MSD K.K., a subsidiary of Merck & Co. Inc. During his tenure at MSD, he has also led the Regulatory Affairs and Clinical Development team in multiple therapeutic areas in Japan. In addition to MSD, Rick has worked as a Medical Director for Allergan in Japan China, Taiwan and Hong Kong. Prior to joining pharmaceutical industry Rick was an Oral & Maxillofacial surgeon and research scientist at New York Presbyterian Hospital and Columbia University. Rick holds a DMD (Doctor of Dental Medicine) degree from Harvard University and MD (Doctor of Medicine) from Columbia University. 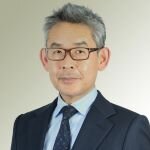 Masashi has been a medical doctor for 30 years, with about 20 years of research and drug discovery experience. He is currently the President and Director of Medical Corporation Suganuma Clinic, Founder / President Director of KOINOBORI Associate Inc. After training as a surgeon, he studied the cell cycle as a postdoctoral fellow at the Molecular Medicine Institute, School of Medicine, Nagoya City University. Based on these research results, he founded a drug discovery venture company in 2000. As a representative director, he raised funds of 4 billion yen. In business development, he put together an eco-development agreement with a major pharmaceutical company of a lead compound (distribution of net profit separately from royalty by joint development and co-promotion). He also has experienced non-clinical and clinical study in the US. He succeeded IPO for the Mothers in 2009. 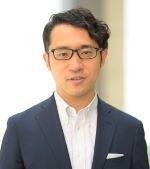 Joined NIF Ventures (now known as Daiwa Corporate Investment, "DCI") in 2005. Mr. Kodama was responsible for domestic and overseas investments in biopharmaceutical companies at NIF. In 2014, the life science team was spun off from DCI and established a new VC firm called DCI Partners. DCI Partners is a leading Japanese venture capital firm dedicated to life sciences and now has over JPY 26 billion in AUM across 2 funds. He is an initial member as well as an investment committee member of DCI Partners. He has 17 years' VC investment career and is currently serving on the board of directors for multiple portfolio companies in Japan and Taiwan including LUCA Science.

In-person: 40 people
*We reserve the right to change the event as a completely virtual format due to government requests or the status of the spread of COVID-19 infection. In such cases, please watch the webinar even if you have registered as an in-person attendee.