Tokyo, Japan, July 4, 2017--Life Science Innovation Network Japan Inc. (LINK-J) participated in the BIO International Convention that was held in San Diego from June 19 to June 22.
As many of you may know, the BIO International Convention is an event organized by Biotechnology Innovation Organization (BIO), the world's largest biotechnology industry organization, which has approximately 1,100 member companies and organizations related to biotechnology that are involved in the drug development, healthcare and environment industries, among others. 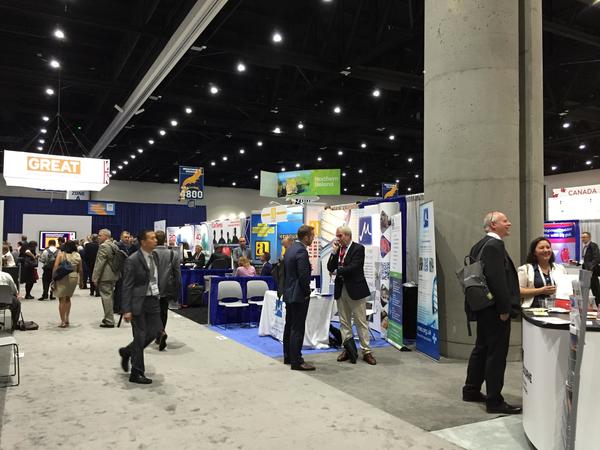 Around 16,000 people from 76 countries participated in the event, and as many as 1,800 companies set up booths. Around 40,000 business partnerships were created. More than 10 receptions, more than 150 education sessions, and more than 300 presentations by companies were held. The venue was the San Diego Convention Center, which overlooks San Diego Bay.
The booth of LINK-J was near the entrance and next to the UK pavilion, the Australia pavilion, and the Massachusetts pavilion, where MassBio, a leading life science organization in the United States, had a booth. 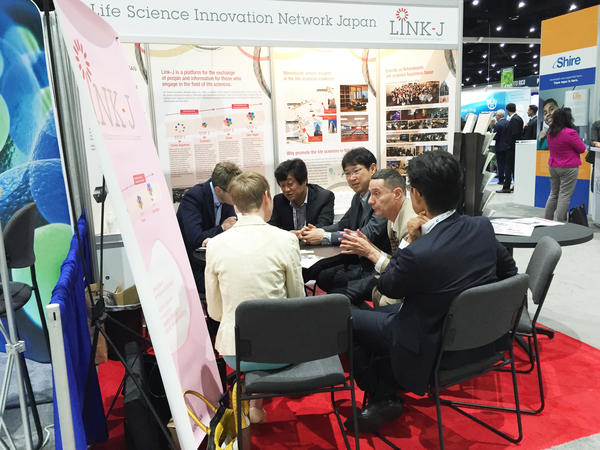 In the Japan pavilion, 26 companies and organizations, including AMED and JETRO, had booths.
On the first day of the convention, former UK Prime Minister Cameron, who came to the convention as a keynote speaker, visited the UK pavilion, which was crowded by people who came to see him. A reception was held in the evening of the first day at Petco Park (ballpark), which is close to the convention venue. With performances by a band and a circus, the reception was very successful. Companies and organizations that participated in the BIO held receptions in San Diego. During the BIO, LINK-J signed a MOU with Eurobiomed, a life science cluster in France.
LINK-J plans to provide programs in collaboration with Eurobiomed to promote exchanges with biotechnology companies and universities in southern France.

The BIO International Convention will be held in Boston from June 4 through June 7 in 2018 and in Philadelphia in 2019.
At the BIO, LINK-J held productive discussions and entered into collaborations with organizations worldwide.
LINK-J will continue to actively seek to develop globally.